An Interview with Karthik Gubbi

A charismatic and vibrant personality, inspired by the 2005 film, 8 Mile, Karthik Gubbi decided to break the barriers of conventional career choices and follow his passion with grit and determination. To celebrate the completion of 100 successful sessions of the 3rd Instagram Live Series, we were joined by a rapper who has won the hearts of the Bengalureans in just a short time.

Karthik Sundar Gubbi, popularly known as ‘Gubbi’ as a tribute to his hometown, is the first Kannada rapper to be using Kannada literature in his lyrics. With a versatile approach towards the art of rapping and his take on harmonising English and Kannada lyrics, Gubbi has inspired an entire culture of modern rap music. Over the course of 30 mins we discussed his life as a rapper and the implications of the pandemic on his business. 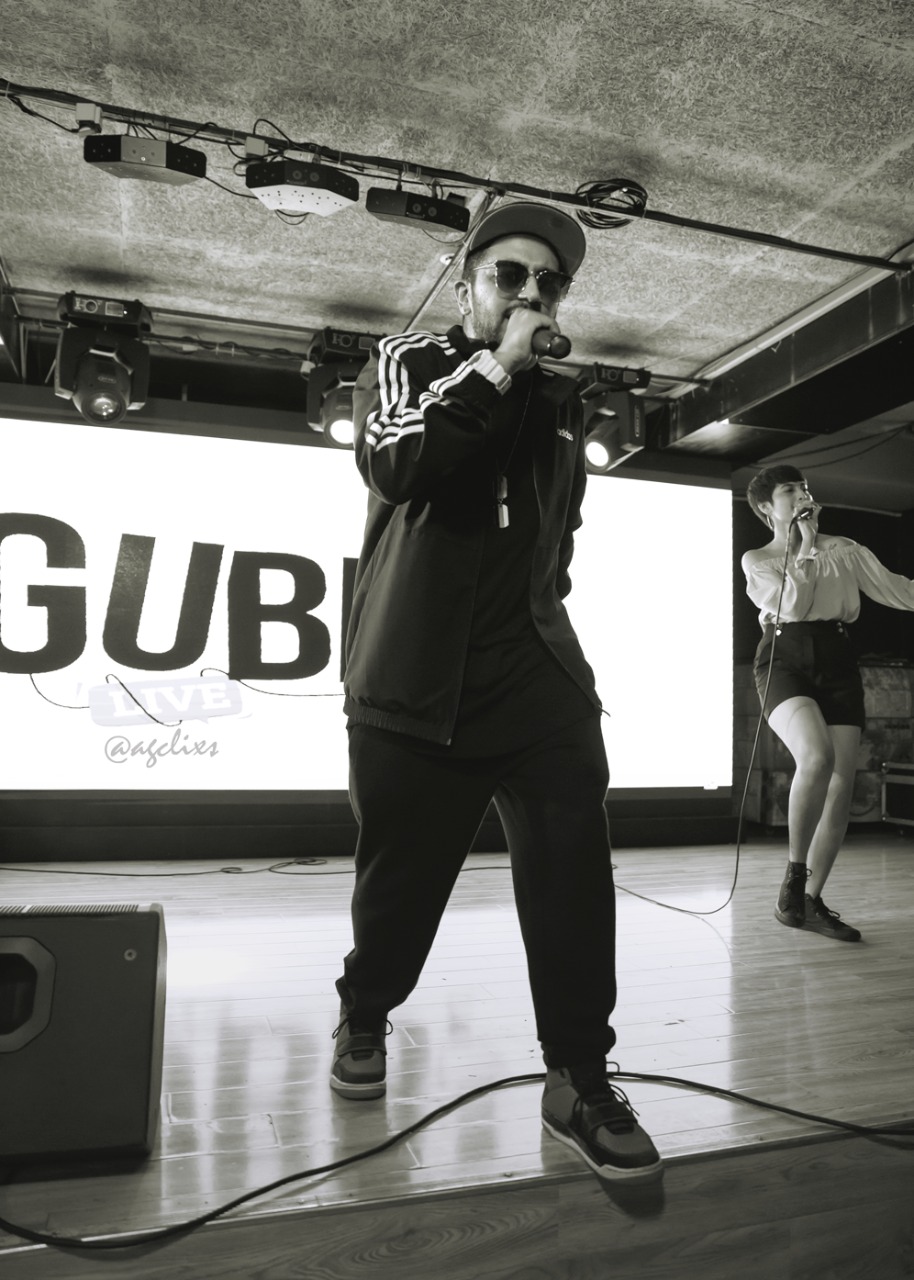 After his groundbreaking experience watching 8 Mile, Karthik was inspired to start working on his own music and furthered his passion for rap by taking part in various rap battles across the city, became a part of a rap community and explored the various avenues in which to grow. What started out as an experiential learning initiative, turned out to be an incredible success, one evidently visible from his contribution towards Kannada rap.

“When you need to force something, you know there is something wrong” and he could not be more right. His decision to lead a career as a rapper was not an easy one, being answerable not only to his parents but the narrowmindedness of society. However, his resilience and passion pushed him to take the plunge and keep going.
Today he spends roughly, 6-8 hrs a day working on his music and making the most of the time sharpening his skills and learning to play the piano.

His experience working with corporate companies such as Mercedes-Benz, Phase 1 and Intel launched him as an upcoming and potential talent in the music and entertainment industry.
Prior to the lock down, Gubbi along with his 2 fellow musicians performed a minimum of 1 gig per month executing an hour long power-filled set that led to the establishment of a huge fan-follower base. Apart from the monthly gig performances, Gubbi has worked on several advertisements and film projects as well in a number of regional languages. The revenue channels he says are plenty provided you are able to upskill and provide a variety of work.

An early riser, Gubbi enjoys practising yoga, meditation and indulges in life affirmations to kick-start his day the right way. An organised and meticulous individual, he is disciplined in maintaining and following schedules and allocating work throughout the week to keep him busy and motivated. Over the last few months, Gubbi has used his time learning and catching up on tutorials, composing new music, learning to play the keyboard, studying about rappers, and taking rap classes.

Status of rapping in the country

The rap culture is quickly if not already establishing itself as the post golden era following hip hop thanks to the film, Gully Boy. With the talent and passion that is available today, there are several young, aspiring rappers looking to pursue the art. The culture of rap music is picking up across the country with a large number of budding musicians looking to explore this genre in depth.

While most singers aspire to become playback singers, a rapper has an independent journey that requires commitment and patience. Rappers have the opportunity today to become producers, create their own beats and compose the music of their choice giving them the flexibility to carve a path for themselves.
Despite the situation, business has continued for Gubbu with the inevitable decrease however in its turnover rate. The opportunities that are available today are countless provided it is made use of in the right manner.

“The future of rapping looks promising and should be back on track next year and in the meantime it is a good time for artists looking to make a breakthrough to use this time to invest in learning the basics, exploring the history of rap music, sharpening their skills and keep practicing.”

We concluded the session with Gubbu showcasing his talent for us by rapping 2 of his famous songs while taking the effort to explain to us its meaning and significance.
One of the most inspiring sessions till date and in case you missed out on the live version on the 12th of August, feel free to catch it on our IGTV on the official team.i Instagram Page.