An Interview with Saleela Kappan From ‘RED Communications’ 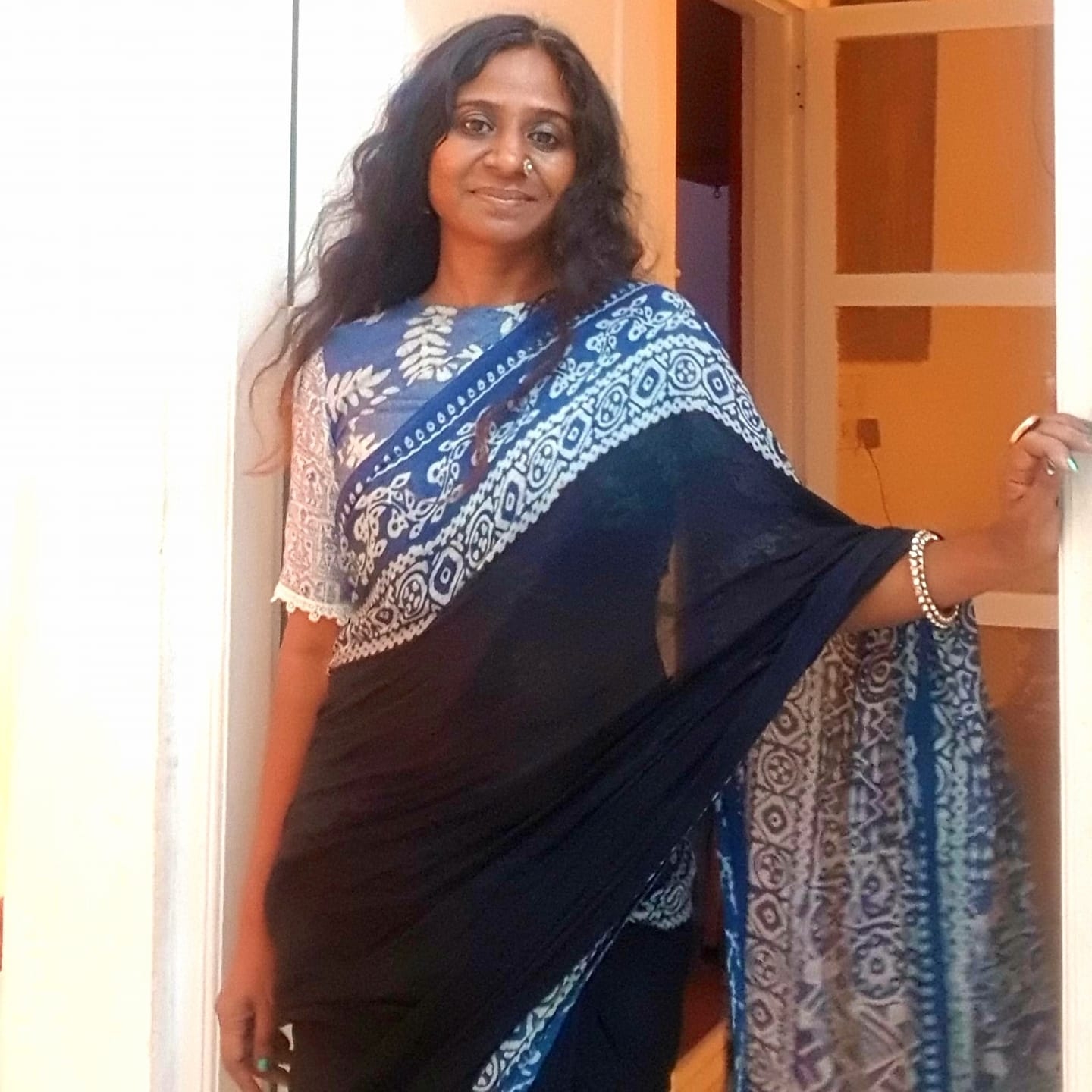 A PR Professional for the past 20 years, Saleela Kappan started her career as an executive with ‘Perfect Relations’ before moving on to start her own consultancy services- ‘RED Communications’, based in Bangalore.

She has worked with both global and Indian brands from across industry verticals including Retail, Real Estate, Education, Hospitality, Sports, and Media & Entertainment to name a few.
Saleela takes special interest in the social sector having worked with various Non Profit organisations through the years while her key strengths include a strong understanding of the media and her ability to think beyond the given brief for her clients.

With a deep passion for travelling, she is also interested in Books, Food, Music, Calligraphy, Nature and takes active interest in Politics, Animal Welfare, Environment and Civic Related Issues. We look forward to having her with us.

Saleela’s entry into the world of PR is what she believes to be an accident, something that she never would have even considered if not for her being unable to pursue a career in the Air Force.

As someone who had dreamed about flying for the country her whole life, Saleela found herself to be in a state of confusion and despair when she failed to meet the height criteria required to be eligible for the Air Force.

Today, over 20 years later, she is the proprietor of her very own PR Agency and has come a long way since. Back when she was unable to pursue flying, Saleela on the advice of her brother decided to do her MBA alongside a PR course that led her to eventually consider a career in this field.

Thus began her journey as one of the most established PR personales’s today.
Saleela then went on to join her first PR agency, ‘Perfect Relations’ that for her was a completely different scenario, one that she is truly grateful for as it proved to be an eye opening experience of sorts.

From being confined to a textbook existence, first hand working as a PR representative opened up the world for her at Perfect Relations. At this agency, she got the chance to work with clients day in and day out and at one point was handling approximately 5-6 clients in Bangalore and 60-70 clients outside the city at a single time.

She goes on to tell us about the different clients that she got the opportunity to work with and the learning she managed to achieve during that time. Some of these included the Metro Cash and Carry account where through the crisis management strategies she was able to manage the various shortcomings in the initial stages itself.

Tanshiq was another client she worked with for close to 4 years that was an upcoming brand back in the day. It was a large operations setup and they had many logistical issues to deal with but one that came with great learning as well to help her grow as a PR professional.

Saleela strongly believes that every PR professional should experience challenging opportunities and get as much exposure as possible to better learn and grow in the industry.

Her Journey With ‘RED Communications’
It was at the end of 2006, that Saleela decided to move on from her position at Perfect and begin something of her own called, ‘Red Communications’.

Her time at Perfect had given her the opportunity to build a strong and diverse professional network, thereby opening up a plethora of opportunities for her. Saleela was fortunate for her experience, learning and connections in the industry that allowed her to work on the projects that she chose.

Over the last 13 years, Saleela and her team have worked with close to 150 clients including retailers and other project models across various industries as well. Saleela was determined to not limit her work and was one of her main reasons for venturing out on her own.

Today, she has experienced working across several verticals in different industries and has learnt a great deal in the process.
She has involved herself in several projects coming from various startups doing community work, has worked with the real estate sector, specifically COPA with whom she worked closely for a few years.

It came as a wonderful learning opportunity where she learnt about the rules and regulations being made and the provisions that come with it.

They have also worked with the media extensively and have had a few political stints as well. She says that working on her own has given her the advantage to base decisions on the differing ideological beliefs, choosing to not take up a project even though the revenue may be good.

“From a PR perspective, when a client approaches us for a launch or press conference, we follow a very standardized format but if their value adding is oriented towards distributors, we tend to deliver a more customised experience working in collaboration with various agencies depending on the scale of the event.” Very often, when it comes to working with event planners, it is only at the end that the role of a PR becomes exceedingly important, where they work on giving their most honest opinion while catering to the requirements of the client.

The month of March was seen as an acceptance phase where they were faced with a big question mark and hoped that it would last for a couple of weeks.

Eventually they realised that the pandemic was here to stay and began to feel the stress and frustration about the whole situation, having to answer to their clients from the hospitality industry and retail industry who had to shut down businesses and suffer huge losses.

The last few months have felt like a long extended waiting game that only added to the pressure and stress once they realised the situation their on-ground clients were having to deal with, mainly the media and newspapers who were adversely affected to a great extent since lots of people stopped buying hardcopies for fear of transmission. When big newspaper agencies began laying off their employees, the PR sector was greatly impacted, especially when PDF formats started and were being circulated free of cost.

Post that, they took on a whole new approach where they began thinking from the perspective of their clients and began working on cutting down on overhead costs and working in close tandem with the clients. They brought down costs to keep the engagement going rather than focusing on commercial alliances.

They began using social media and other digital media to push content and relate to customers to keep them engaged and add substantial value. Saleela has over the past 10 months learnt a great deal about the dynamic business infrastructure that they operate within and is determined to be prepared for the worst as it needs to be given serious consideration.

On a more personal level, Saleela wants to travel more and spend some time exploring new places while on the professional front, she is very aware of the uncertainty that still exists, more so for some industries than others. She believes that the hospitality sector will only be opened in full swing when international travel opens up more. Retail on the other hand, she hopes will pick up in the festive season.

In the coming year, Saleela is also looking forward to engaging with clients to make an actual difference and build a brand while adding value to the society. She wants to be involved in more meaningful work that is not fully commercial in nature.

She is excited about re-skilling herself and clearing up pending work while also learning something new as she believes it all helps eventually. Also excited to diversify the work her company does, she is looking to get more involved in the area of content management and digital social marketing while also addressing social media deterrents.

“Prepare, plan and always make provisions to expect the worst. Make sure you have a Plan A, B, C and even D in place to be better prepared for any unforeseen circumstances.”

It was an absolute pleasure having Saleela join us for the Instagram Live where she shared her experiences about the space of Public Relations and its close integration with the event and entertainment industry. We thank her for her time and shared knowledge and wish her the very best for the future.

In case you missed out on attending the live session, head on over to our Instagram Page to watch the recording.