An Interview with Venkatesh Govindarajan from ‘Asterix Audio Visuals’

With the rising fear amongst the youth looking to join the industry, we at team.i decided to address their growing concerns by coming up with an initiative called the team.i Instagram Live Series. Beginning in the month of May, with over 60 sessions, we brought in industry experts from different fields within the industry to engage in discussions on the topics:

Over the course of these highly intellectual and insightful sessions, our guest speakers provided answers to several questions that the event management aspirants seem to have as a result of the pandemic. Some of the questions very commonly asked include:

– Will I get enough internship opportunities?

– Should I enrol for a course of this nature at this point of time?

– What does the future hold?

– Will the market place ever open up as it was before?

While these questions were answered in depth, a further understanding in terms of a more futuristic outlook into the industry was also initiated.

On the 16th of June, Session 15 of the series was conducted in the presence of the highly reputed and one of the most loved members of the event industry, Venkatesh Govindarajan. 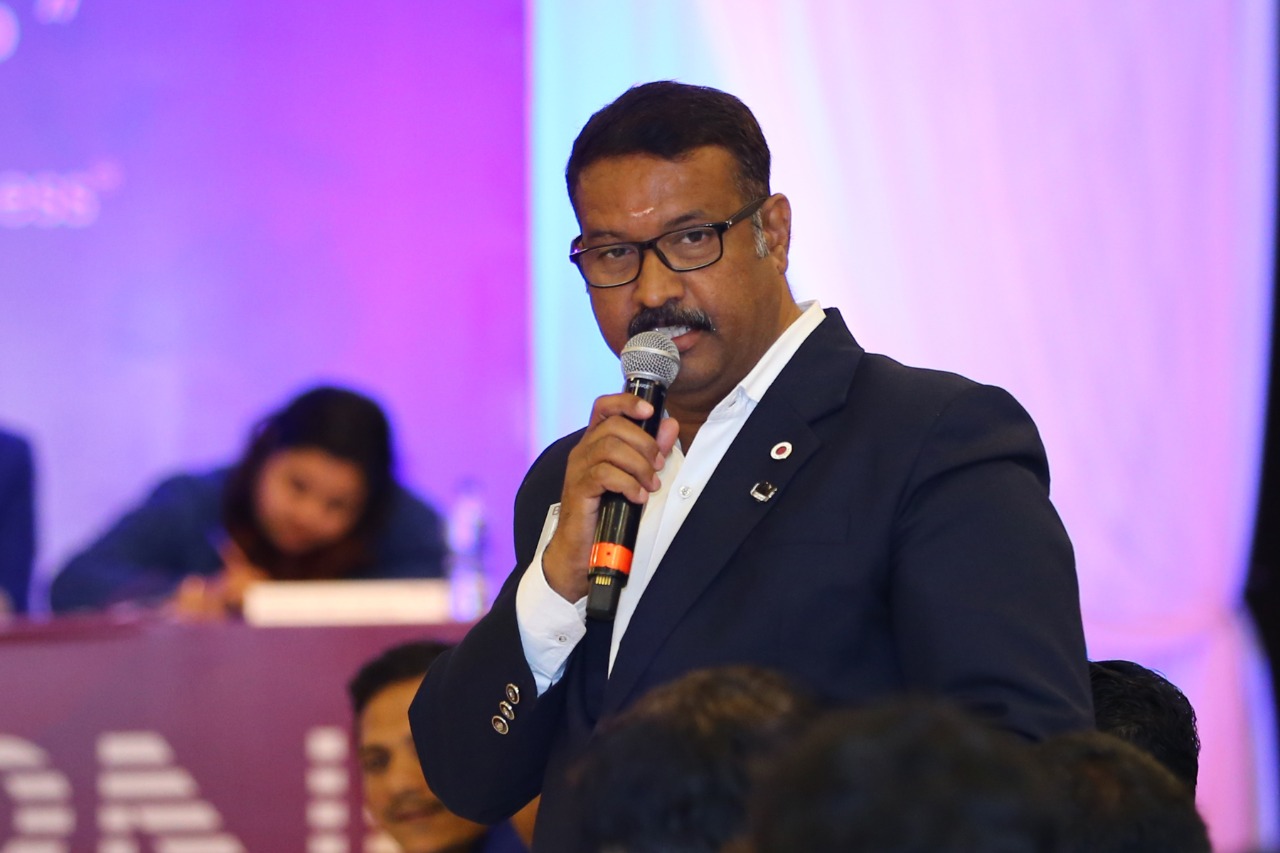 Venkatesh, the owner of ‘Asterix Audio Visuals,’ a company that deals with sound, light and video installations and rentals for the past 25 years.

Through his many years of experience he has handled several large scale events such as the Hampi Utsav, Suraj Kund Crafts Mela in 2013, and the International Film Festival Goa in 2006.

Venkatesh is someone with excellent interpersonal skills which he has proven time and again in his dealings with clients and the members of the industry. He is today a proud member of KEMA, BNI and has recently secured an honorable position in the field of event management in the North Karnataka region

A little bit about Venkatesh…

Having completed his education in 1993 from Comrade Engineering College, Venkatesh began working at his sister’s DTP Company that was founded in the same year.

Not knowing much about working with computers, he spent most of his time learning the trade. Two years later, he was confident and well equipped to handle the operations of the business and decided to expand their avenues.

This led to the foundation of ‘Raman Computer Franchise’ that was based out of Mysore, where they provided coaching facilities for government employees where over 3,000 employees took up a corporate training program that they were offering at the time. Slowly but surely ‘Raman Computers’ established itself as one of the best suppliers of computer hardware components.

They even began installing the latest software in the market and even sold speakers, projectors and other computer hardware devices.

A few years later he began working with the event industry, specifically the wedding sector where he started a business of supplying backdrops and other equipment that went into organising a wedding.

Venkatesh strongly believes that this pandemic is just a pit-stop in the grand scheme of things. The event industry is a strong standing body of dedicated, committed, driven and passionate individuals who will ensure not only the survival of the industry but its success across the different fields that make up the industry.

His Parting Message to our students

“There is no substitute for hard work. Work hard and everything else will follow suit. Another important thing which is probably the most important is to be happy and to not lose hope as that is the only thing we have.”

This is your chance to get an insight into the opportunities that will present itself in the future, understand the dynamic shift in the way in which events will be conducted and a general outlook on the events and entertainment industry and rid yourself of the scepticism and the concerns that are inevitable given the current global scenario.

In case you missed out on the live session, don’t worry. Feel free to click here to watch it now.