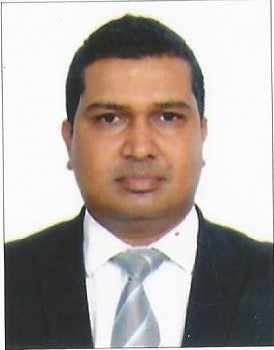 Mr. Girish’s journey in the world of events started way back in the year 1999. “So in those days it wasn’t a very organised business as such as we know how it is now.”

He started off as a senior executive in the company Wizcraft. He recalls how in those times the main thing about events was, as he says in his own words, “put some sounds and lights, and have thermocol cut outs and stuff. But as time progressed, his company started getting more events, most of them being corporate events.”

The nature of such events were more like media e-business. This is when they observed that an integrated model works quite successfully in the events industry, and thus that’s when they created a DNA model for their company and then they became an integrated company.

By an integrated company, they had become a multifaceted company that offered their services not only related to outsourcing and coordination but also in the business of communication. Their main work then became to create content and sell it with rights.

Since then on, their business has grown, especially after the IT boom that happened in places around India (especially Bangalore). After extensive work, their company has gone global in providing services to their clients.

How has the lockdown been?

For Mr. Girish and his company, this lockdown gave him a lot of time to work on the finance and money bit of their company. They started collecting all their money from the market, so that by January of next year they have zero outstanding.

They contacted their clients, kept in touch with them, and started making plans for events that are to happen from December onwards.

Mr. Girish told his team that there will be not much of work during the months leading up to December of this year, and thus he told them to target and look out for events happening in January. He and his company then paid off vendors who are not able to support themselves during this pandemic, and made sure that they have some financial stability and support.

In terms of work, Mr. Girish and his company have organised few virtual events, and have worked on an online film as well, along with that they are working as a consultant in terms of marketing to lots of companies.

Mr. Girish and his company have conducted few virtual events, but according to him it’s no replacement to a live event. He feels that there are a lot of things such as human connections that are lacking in virtual events which are quite important in the events industry. He feels that virtual events are here to stay for a while, and it’s the best possible solution given the situation right now.

“You put in an enormous amount of effort to conduct and set up a virtual event, but the profit that you earn is less than that of what a barber earns.”

When do you think things will get back to normal?

According to Mr. Girish, “basic normalcy of things will come back from next year March or April, but in terms of total normalcy, it would take another good 2 and half or three years.”

In terms of future of events, Mr. Girish strongly feels that the new normal in events could be the factor of health and hygiene. According to him, it would become a mandatory thing in the events industry, and something where the cost of that will be borne by the clients.

He’s very positive about the future of events as once things open up, events will flourish in two folds.

Advice for the youngsters:

Speaking further on this point, he says that the real performers who work really hard and put in mad amount of dedication will prosper a lot during this period. He advices event firms to give proper training to youngsters during this time as it will reap immense amount of reward in the long run, and these youngsters in turn need to focus on how to add values to their organisation

He then advises people having their own business that they should maintain an even closer contact with their clients because as soon as everything opens up, the clients will approach them first. “India is a relationship orientated market. They value relationships a lot in the Indian Market. They will see what you had done for them during their tough time”.

To watch the full interview, head over to our Instagram page.