On a lovely Thursday evening, 18th of July at 6pm, we had Mr.Ashish D’Abreo, Founder of Maverick and Farmer coffee roasters, join Mr. Arvind, CEO of team.i on our Instagram live series  Expert Speak on the changing landscape…a plethora of opportunities. 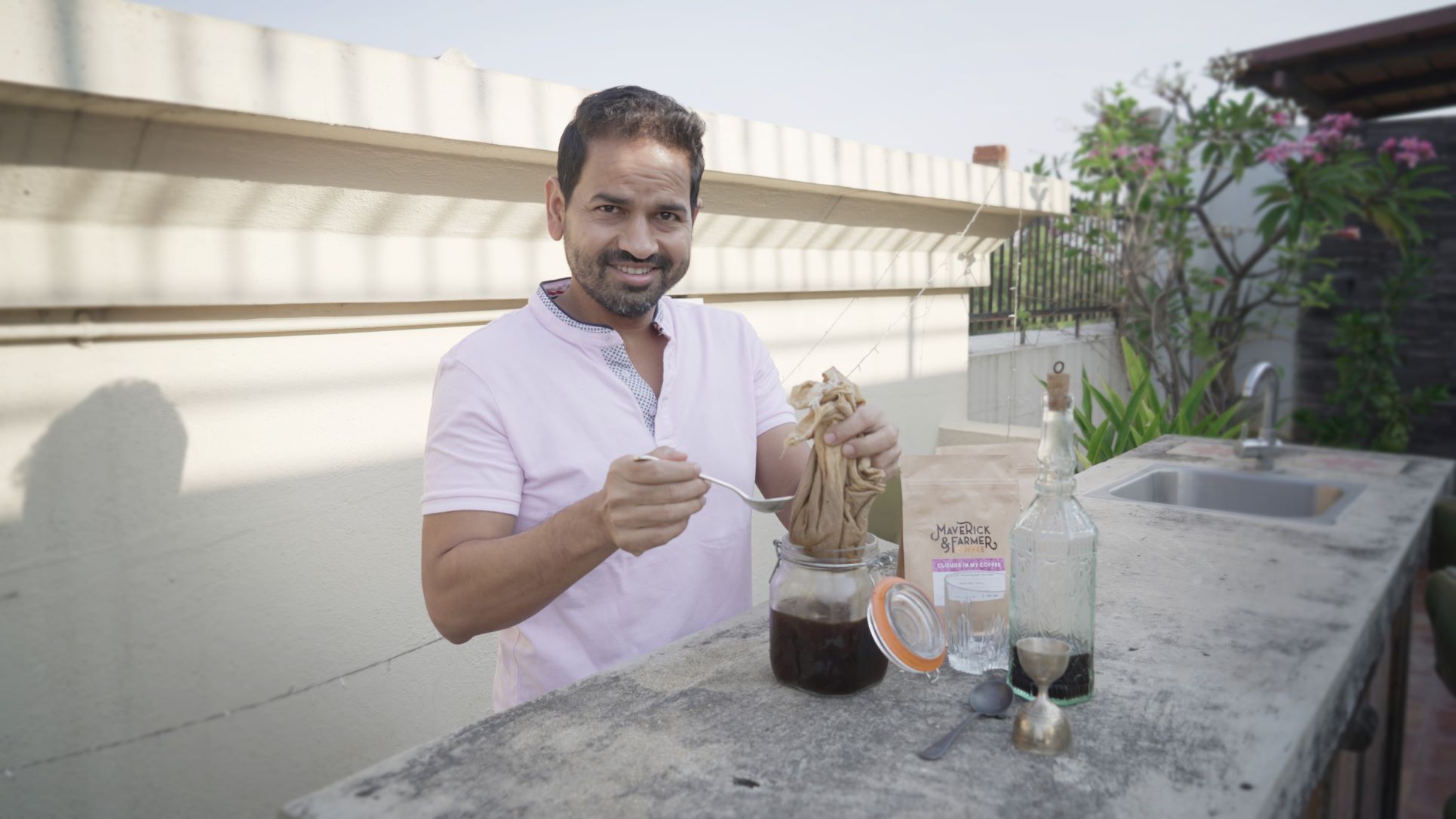 “My story is quite brief and simple” says Mr. Ashish when asked to describe about his journey so far. Hailing from Mangalore, he did his schooling from Bangalore and thus he spent quite some time travelling between the two cities. Then he decided finally to settle in Bangalore where he completed his MBA.

“This is where I met a couple of people with whom I would start an advertising agency called Origami. We started off straight away after college. We started off in our uncle’s garage. We then moved to another place.” Origami is one of the few design oriented creative brands in Bangalore.

After spending 16 quality years at Origami, Mr. Ashish decided to change his lane. “ I was there for 16 years until 2014. Then one fine day we got a creative project to work on Indian coffee. We had to brand and market it in the Indian market. We did a lot of research, and it was pretty exciting.

This is where I told my friend and told him that I wouldn’t mind partnering with his coffee project. We were down by couple of old monks. The next morning, I realised I could do something different, and my agency was doing well anyways. This is where I decided to quit Origami and join my friend”.

Initially they started approaching marketing the brand and product among smaller communities mostly consisting of their family and friends. “ The initial complaints that we received were quite nostalgic for us. We addressed these in a very efficient manner.

Our brand communication and product placement were creatively utilised to address the issues and connect with our customers. We used all of our experience in it. It was an exciting time for me. We then built the brand to some extent, and we won several awards”.

One fine day they collectively took a business decision to sell their firm, and he, along with few others, started another firm of their own that again was oriented around coffee. “We started Maverick and Farmer. The aim is to create something maverick yet sticking to the traditional Indian technique of coffee making”.

How was the lockdown period for you?

“The day the lockdown was announced, it was the peak of summer in blore. We had lined up some interesting beverages for our cafe. But there was no point introducing it because on a daily basis we had no idea when the lockdown would be lifted. So we have done a lot of research, and thought lets share it with our coffee community.

So we took to Instagram where we showed people how to brew coffee with the most simple technique with things available at home. It was a video series for 21 days, and it was fun because I used to receive so many questions and I was entirely glued to this. I also had some of the guests to be part of this initial 21 days series.

Then slowly the roastery opened. Every morning I used to go to the roastery. Obviously the cafe business had hit badly. But online business has soared big time. So our customers are ordering coffee at home. That’s why we have been really busy due to this. Plus there are some or the other obstacles and challenges in the day to day operation”.

Your take on the future?

“Well I think it’s going to be really tricky. I don’t know how things are going to ease out in a hurry. Our conversations with our investors and partners are quite brazen. Deep down I feel we need to protect our capital as much as possible. We wanted to retain as much man power as possible.

That’s been our biggest challenge every month on how we are paying off the salary to our people, and we are taking this monthly basis. I don’t know, it’s really not looking good. The business of coffee is very different, since the harvest is once a year. You invest in storage, and then suddenly your beans are not going anywhere, and your new harvest is going to come soon, so the beans are stuck.

Any Advice for the youngsters out there?

“Well to be honest in the 20 years we have been in the business, at least 4 if not 5 situation like this have happened. Obviously this has been the most devastating one. We have gone through so many downs. It’s all about believing in yourself. It’s so disheartening and depressing knowing the story of people now. Most businesses have hit very badly. The larger set of people need to know that the way business is being run now is different from the way it was being run 30 years ago. Now it’s just a bunch of creative people creating a business since they do not want to work under or for someone else. Thus we need to empathise on the business people because they are equally hit hard too due to this situation.

At the end of the day, the situation will overturn, it will and it has to since the human resilience is there. It’s all about hanging in there. It will take time, and let not give false hope to people. But someday it’s going to get over. Be there for people, and tell people not to worry and calm people down. It’s about feeling empathy and giving that empathy back to people. It’s all about holding onto each other. We need to be there for each other now even through small things”.

To watch the full video, head over to our Instagram page