Paradigm shift in the event spaces… Is the second installment of the team.i live Instagram series. This is a series where experts from all across the events industry feature in a live conversation with our CEO, Mr. Arvind Jyot Sabhaney. The whole objective of this series is to address and answer the questions and concerns of young people regarding the fate and future of the Events industry due to the pandemic. The experts invited on our show will address these set of questions while they also talk about their journey in the event spaces. 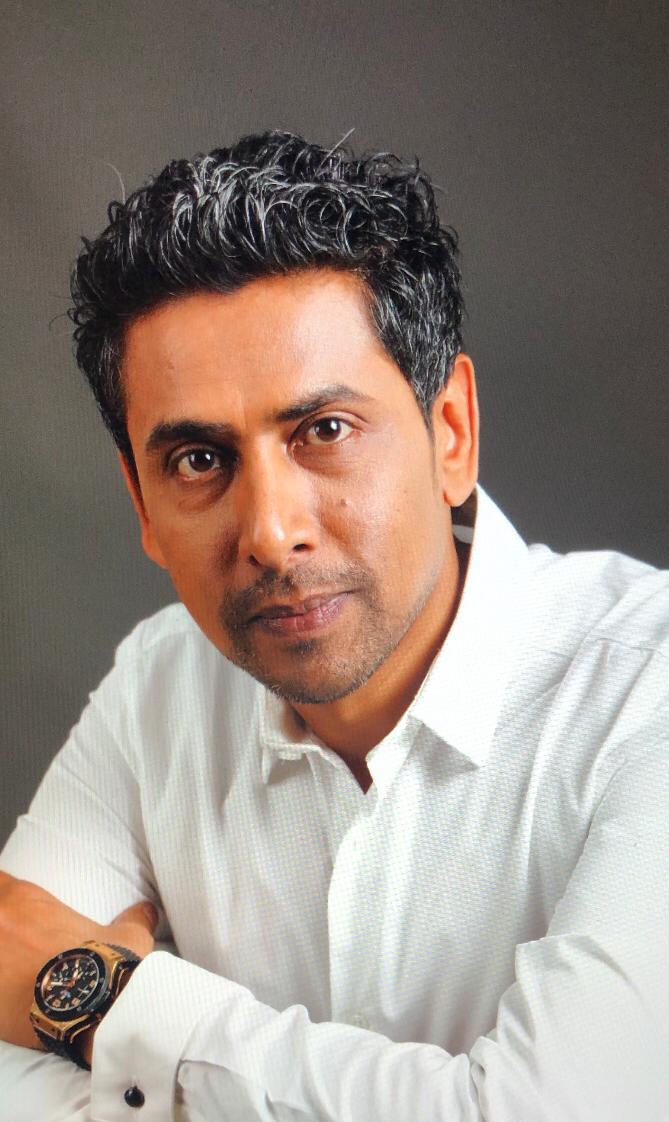 So on the 28th of June 2020, on a lovely Sunday evening of 6pm, Mr. Oum Pradutt, Managing Director at ‘Phase 1 Events & Entertainment Pvt. Ltd, joins our CEO Mr. Arvind Jyot Sabhaney as he talks about his illustrious journey from a stage performer to one of the biggest and successful event managers in the country, about his projects in lockdown and about the future of the events industry.

Mr. Oum Pradutt is considered to be an all rounder and one of the most creative people in the industry. His experience along with his analytical and business mind-set has given him an edge over most others in the industry. From corporate events to marketing strategies, Mr. Oum has mastered the art of pulling it off brilliantly.

A dreamer, parent, adventure sports enthusiast, Mr. Oum considers himself to be obsessively optimistic and is a lover of all things beautiful.

For Mr. Oum, his journey towards his passion and the kind of career he has now started off back in his school days. He was educated in the reputed Frank Anthony Public school. “My schooling created a strong base for me and for my career ahead. I learnt a lot of things in school from various people and teachers I met”.

He considers his friends and his teachers, most of them being Anglo Indians, to have a strong influence on his upbringing. He got influenced by the Anglo-Indian culture where singing, dancing and community was part of their lifestyle.

This is where he fell in love with stage shows and stage performances. He loved music and dance, and thus joined a theatre group to learn both. Joining theatre changed his life back then.

“This is where I learnt about the nuances of light, smoke machine, stage décor, Make up everything.” Says Mr. Oum as he points out how learning those things have helped him in understanding the events industry better.

After school, he still continued to be a part of his theatre group as his theatre teacher – who he considers to be his biggest influence back in school, took the entire troupe to do shows outside Bangalore.

Suddenly he and his troupe were doing shows in Mumbai, Chennai, Delhi etc. and that’s not it, he was also performing side by side with so many legendary personalities of Bengaluru.

His love for theatre and stage shows is immense, as he says in his own words “The joy of curtains opening up and looking at 100 people applauding at you is such a beautiful and dazzling site for me.”

He then did his college in Christ University, where, according to him, he “just barely made it through” the college.  But during this time, he continued dancing, and did so many choreographs for many of the colleges across Bangalore for different events and fests.

Back then it was quite important to get a job immediately after college, and hence for Mr. Oum his hunt for jobs started. He interviewed for both Godrej and Network, and first got selected at Network.

He started working there for a few days when he received a call from Godrej. He immediately decided to join Godrej because it was a well known company.

He worked there for 4 years, while simultaneously doing stage shows such as compering and dance. After 4 years, he realized his passion truly lies in entertaining people and he thought of giving it a shot in the entertainment industry.

He immediately quit his job, and went to J Davies to take up a desk and establish his one-man company called “Phase 1 Events”.

His first client was Mr. Manoj Nair, and he convinced him that he was an experienced events person – little did Mr. Manoj know that he was actually going to be his first ever client.

He worked hard and dedicatedly and singlehandedly set the events up. The show was a huge hit, and received a lot of positive feedback.

This is where he met another person from HP who wanted to avail his service after getting mesmerized seeing his first event. Since then, he’s been on a fast track highway and there’s been no looking back.

What have you and your company done during this lockdown period?

From the very first day of the lockdown, Mr.Oum has been working. As the lockdown was announced, his company was approached by the Govt. of Karnataka to set up a camp where they could distribute food to the migrants stranded in Bangalore.

For this, his company collaborated with many volunteers from various NGOs across Bangalore, and with the Police personnel to conduct the event smoothly. Hence, his team was very busy during this time.

After this, his organization started upskilling themselves and started to research new innovative ideas and ways to reinvent themselves.

For Mr. Oum, the idea of doing just virtual events did not sound that impressive. He wanted to do something more, as he is usually known for. “I thought why not give something back to humanity! Humanity has been on a hit and we could focus on empathizing on what’s happening and sending love to make people feel strong”.

Then, as we all know, Mr. Oum is someone who cannot sit idle, thus one day over a phone call late night with his dear friend and one of reputed singers of our Film industry, Mr. Salim Merchant, he discussed this idea, and as luck would have it, his dear friend made him connect with an NGO in Rajasthan called Zariya.

So together they decided to conduct a virtual concert that will help promote tourism in Rajasthan.

For this he contacted various artists from Kailashh Kher, to Danish Sait and even superstar Rajnikant.

For this collaborative concert he decided to create an anthem, and got in touch with Mission Mangal director Jagan Shakthi to create the video for the anthem.

Thus together they worked on the video of the anthem by taking clips from various nations across the world, and featured many prominent people such as Boman Irani.

The entire motto of a concert and an anthem was to give a strong message to everyone that everyone is together in this and that everyone will come back together stronger.

Thus that’s how his lockdown period has been so far. Quite busy.

“Life has been beautiful. I have been busy more than I was busy earlier. Thanks to virtual meetings.”

Where do you see the events industry going?

“This is a time for collaborations and not competition” advises Mr. Oum. He feels that collaborations could lift the events industry up during such testing time.

More than corona, he advises to take one’s own business seriously. They should focus on their cash flows and make sure they have stocked their resources. He too feels that for a while the virtual space is the only alternative the events industry has got, and companies and firms should utilize this space in the most creative manner possible.

Advice to young people, students, and employees who have just joined the events industry?

His main advice is to collaborate and make connections. Then as individuals, youngsters should try upskilling and reinvent themselves.

Will ‘Phase One’ hire people during this time?

“Can’t say or predict. If we need a new talent at some point, we would take them. If the student wants to learn and wants to upskill and can offer the set of skills we require we will hire them irrespective of the payment.”

To catch more of this interview, head over to our Instagram Page.