Paradigm Shift in the Event Space: In conversation with Star Singer Shankar 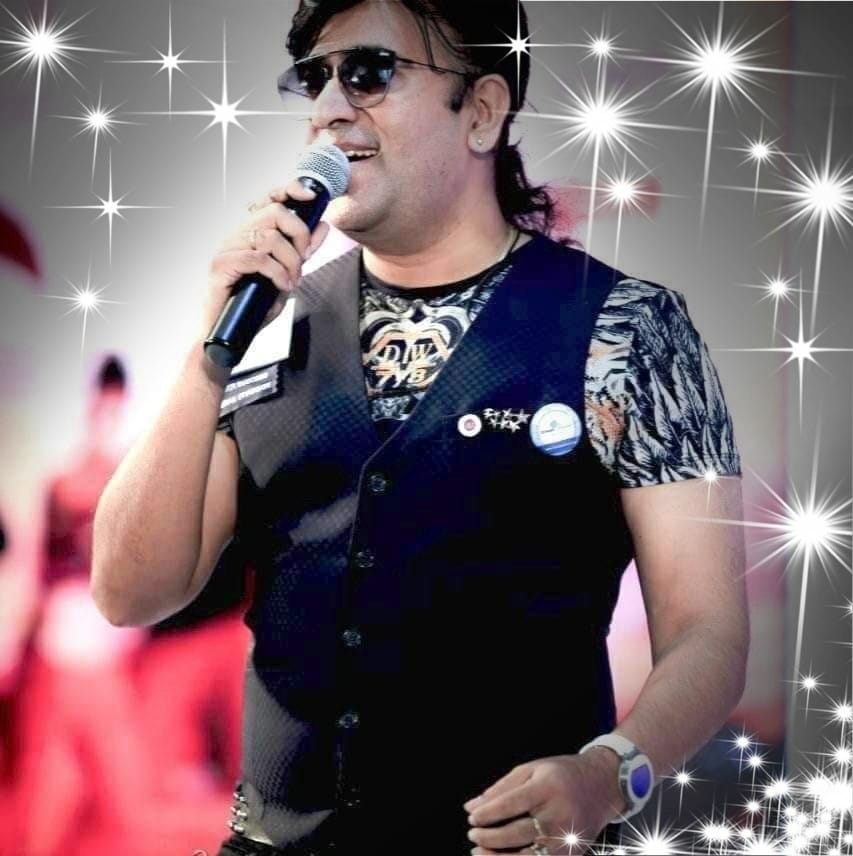 On Wednesday of June 17th at 6pm, we had the prominent singer Star Singer Shankar join team.i CEO Mr. Arvind Jyot Sabhaney on the 16th session of the insta live series of Paradigm Shift in the event space.

Star Singer Shankar is a prominent MultiLingual Singer, a TV Star and a performer from Bangalore who was the winner of the prestigious Asia Nets Voice Award.

He has done around 2500 stage shows, 100 + TV episodes for the show Aapki Farmaish along with Bollywood singer Shaan and he’s also recognised as one of the top 9 sensational singer by all India entertainment magazine and was nominated as the finest voice in 2015 via an online contest

He has sung in more than 10 languages some of them being in Hindi, Kannada, Malayalam, Tamil, Telugu, English and other north Indian languages. He is reputed to be one of the best singers in the South and currently is training passionate and upcoming people who want to learn singing through online classes.  He runs a company of his own called seasons

Mr. Shankar was born into a very orthodox priest family in the city of Cochin, originally hailing from Palakkad. His family was into mantras and slokas, thus giving them some knowledge about music, and this translated well onto a young Shankar who got a good sense of music and rhythm, despite not realising it earlier that he could sing.

He then joined classes for Mrudangam, and was learning it for a good 4 to 5 years.

Along with being a good singer, Shankar is also a great artist, and has admitted being more interested in sketching or art than singing before he joined singing classes. “During my childhood, I was very interested in arts, especially sketching, and have won prizes in drawing competitions in school”.

Then came college life and that’s where he was told by his friends to pursue into the realm of singing seriously. But the platform for pursuing and learning about your passion was different back in that time.

“In those days we didn’t know where to go or how to go for pursuing singing. Even google was not there so everything was on self-help basis and thus that’s why I joined  Carnatic classes in Kerala for a couple of years.”

Balancing between Job and Passion

Post college, Life got busy for Mr. Shankar as he got into the corporate line and spent the next 12 years working for different reputed MNC companies. Yet his passion and love for singing did not die. He went around doing shows in Kerala, while simultaneously managing his corporate job on the other end.

Soon the opportunity knocked on his door when he was invited to participate in the Asia Nets award.

“It was hard for me to balance both singing and doing a job. I couldn’t get holidays to do shows outside Kochi” says the singer as he explains why he then suddenly decided to quit his high paying job. “In the year 2006/07, I quit my high paying job and I started as a one man show.

I started with 2 speakers, a few Kishore Kumar cassettes and a small mic” says Shankar while explaining the initial struggle of his singing career. He went around doing small scale shows such as in parties and kitty parties.

From there kickstarted a rather inspiring journey of a man who was so much devout and in love with music. He initially used cassettes, and then he switched to CDs, and then he moved to an iPod and then to a laptop.

He kept adapting to the rapid technological changes to assist him in recording and making music. “I then kind of invested in a sound system, and now I am in a position where I have a team who takes care of the technological aspect”.

It’s been 12 years since he quit his job, and started pursuing his passion full time. During this course of time he has performed for a crowd of more than 15000 in number and with various celebrities and playback singers. He even got an opportunity to be on a TV channel, which the concept of the show on that channel was his own idea. He has done around 100 TV shows.

Shankar greatly hails the event management firms and planners as he says “Thanks to event planners and managers who have given him a platform to conduct so many of my shows”.

How many on ground shows did you do before lockdown?

“Depends on season to season. Initially, in a year I used to do about 20-25 shows”. But as a true artist, he believes in quality of the art over quantity, and thus he has reduced the number of shows in a year only so that he could provide quality stuff to his audience.

“I was doing a mix of Corporate high-profile weddings, private events I used to do but I kind of reduced on private events as well but of course now  the situation is different and we have to take up anything” exclaims Shankar about the kind of events he does. In the end he estimated that he did around hundred events a year.

What have you been doing during this lockdown period?

Mr. Shankar’s other passion is teaching, and during this lockdown time he has been quite busy conducting online classes over zoom to teach music. “This is basically for passionate singers and people who have learnt music earlier but left it due to other commitments, and really want to come back to their long lost hobby”

These online classes have been of great success as he’s getting a lot of positive responses from students across various parts of India and abroad.

But apart from conducting online classes, he has done a virtual event. In fact, his first virtual event was in the very first week of the pandemic. For this session, he worked a lot on the technological aspect so that his audience receives the best ever musical, sound and audio experience virtually.

In his Mother’s day show, technology helped his audience get a good experience of his event to a point where few people in the audience teared up listening to him singing the song Maa. “I could feel one or two people’s eyes getting watery so that means music can touch the heart even through technology”

So are you completely satisfied with the concept of virtual events?

“I don’t think so everybody wants to get on to the stage and perform”. He also explains the struggle of many artists who aren’t technologically. He has been quite kind enough in providing technological assistance to his artist friends.

Have you done any Corporate events during this lockdown?

“Yes I have done corporate shows and it was for 1 or 2 pharmaceutical companies. As part of the audience they had directors from the USA as well as from India and they were really enjoying the show and the next month I am doing one for Rotary as well.”

Are you charging the same rates for your shows as you used to before lockdown?

Thus, in an online or a virtual event, there is a lack of most of these experiences. Thus he feels if the audience is losing out on so many things from an on ground live concert, then it’s not right to charge the full amount that he used to. Therefore, charges 70% of what he used to charge earlier pre lockdown period.

Any advice would you like to give to young aspiring people who are in the field of events in terms of what they should do in trying times like this?

The singer adds a little note in the end by saying “people who are passionate about events should join an institution like yours because we don’t have many institutions like yours where passionate students get trained so well. So I would request students to stick on to their passion because this is not the end and  the world is going to open up again soon”.

To watch the full interview head over to our instagram page.